In terms of graphics performance, we'd expect the P500's Quadro K4200 GPU to shine, and it did. NVIDIA's mid-range offerings have always been strong, and the K4200 delivers as promised. As a comparison, we've included benchmark results from the K4200's nearest siblings, the next-higher-performance (and more expensive) Quadro K5200 and the next-lower-performance (and less expensive) K2200 (see below).

Results from all Viewperf viewsets follow expectations, with the exception of the snx-02 viewset, for which the K4200's score exceeded the previously tested K5200. We believe the snx-02 numbers do not reflect any inherent superiority of the K4200 versus the K5200, but rather reflect improvements made in the driver since the time the K5200 was tested. 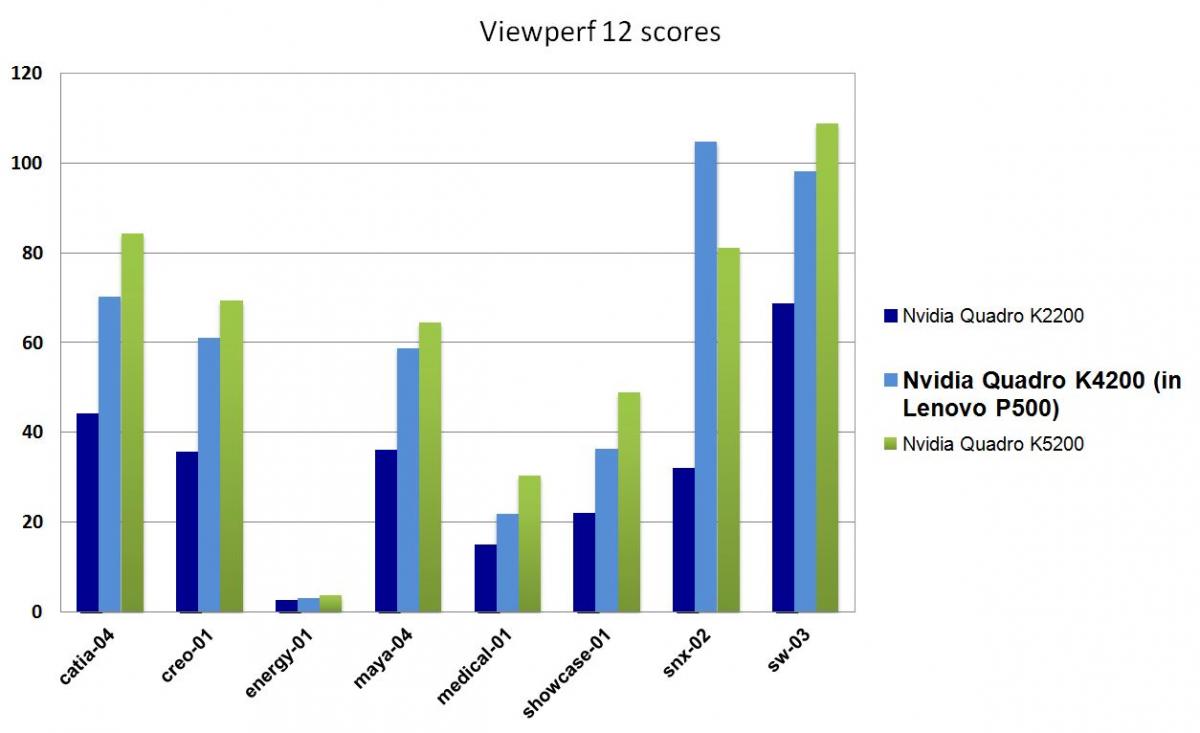 
Finally, we show price-compensated performance numbers, with Viewperf 12 scores per dollar. In the second chart, notice that — as you would expect — while performance climbs with price, the price-to-performance ratio declines. 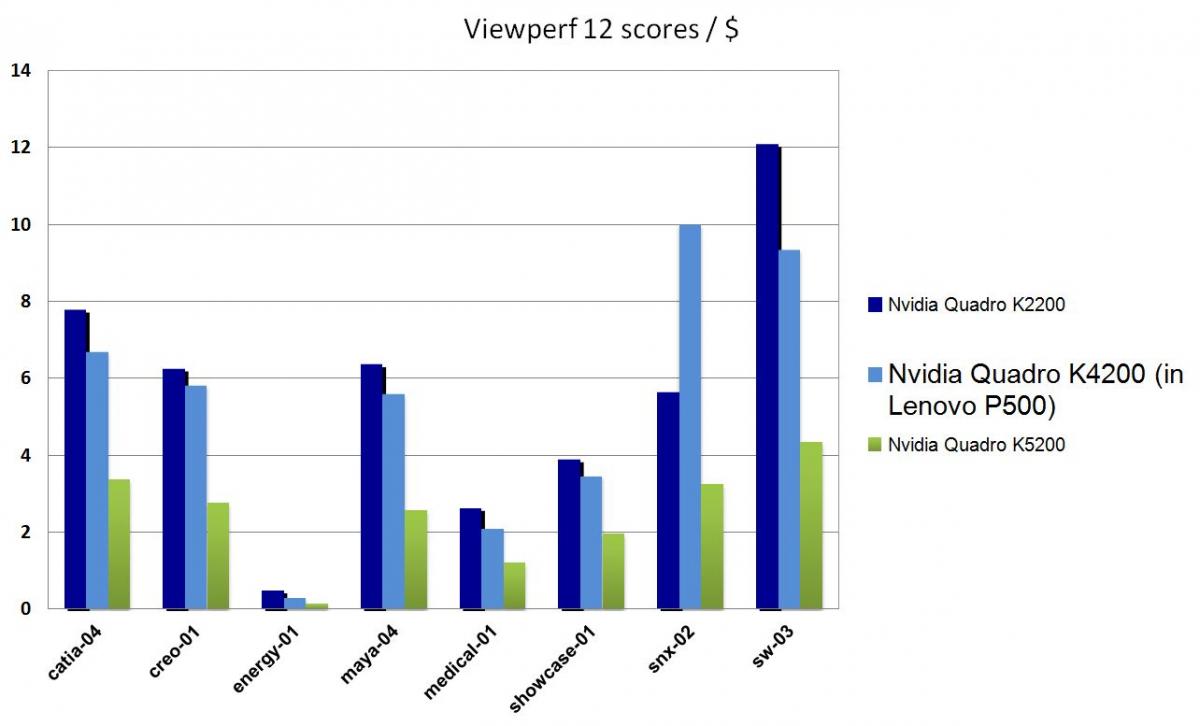 The performace per dollar of Lenovo's ThinkStation P500.

The new ThinkStation P500 from Lenovo is a high-quality machine, reflecting the company's commitment to deliver competitive workstation products. Innovations in chassis, function, ergonomics, and aesthetics generally match or exceed those found in comparable machines.

Though the ultimate configured cost makes our machine a bit above-average in price, the specific configuration Lenovo put together for us smartly balances performance and price. The most economical of the Intel Xeon v3 SKUs, the v3 1630 is a sensible choice for CAD.

With four physical cores, it doesn't offer the multi-threaded performance of its sibling SKUs' six, eight, or ten cores, but its higher core clock rate is superior for single-thread processing, typical for parametric modeling that remains the foundation of most CAD workflows. Both the 16 GB of memory and the choice of the Quadro K4200 fell directly into mid-range for both metrics. And, finally, the choice to blend a smaller SSD (for OS and application performance) with a bigger HDD (for user data) is another good way to spend a few extra dollars for a solid performance return, without breaking the bank. In terms of both machine design and component configuration, the ThinkStation P500 is a well-designed, well-balanced, and well-equipped workstation for all but the very highest-end CAD work. Highly Recommended.