Yesterday, Lenovo launched the ThinkStation P320 Tiny — an independent software vendor (ISV)-certified workstation that’s not much larger than a paperback book. Measuring 1.4” x 7.1” x 7.2” (WxDxH) and weighing 2.9 lbs, the P320 Tiny is even smaller than the HP Z2 Mini, which was launched last year. These two models are at the vanguard of a new breed of workstations that make traditional desktop workstations — and even small–form factor (SFF) towers — seem bulky in comparison. 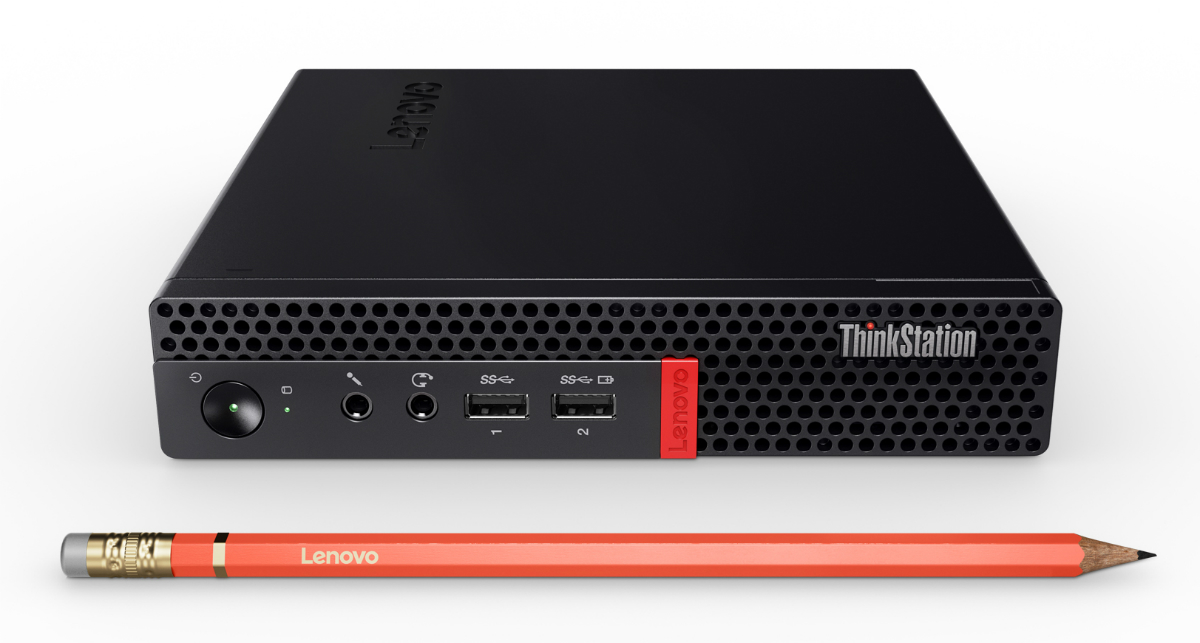 
The P320 Tiny is an addition to Lenovo’s offerings, not a replacement for any of the company’s existing models. “It’s a new kind of evolution of our workstation lineup,” said Lenovo Workstation portfolio solutions manager Scott Ruppert, who is the product manager for the new offering.

According to Ruppert, the P320 Tiny was developed in response to changing customer needs. He cited ongoing evolutions including more people working remotely or in shared spaces, less desk space in office environments, and the need for increasing amounts of computing power in educational environments. 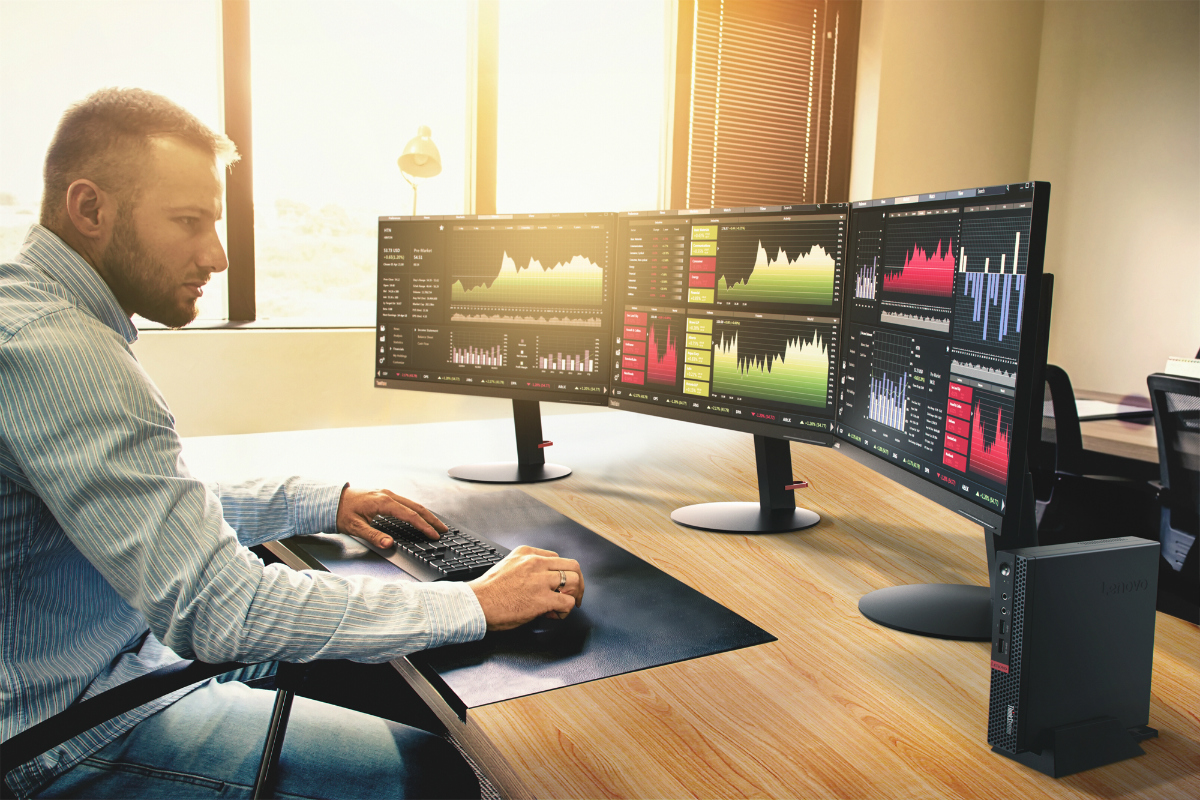 The ThinkStation P320 Tiny takes up less space on the desktop than a traditional tower workstation — a benefit for professionals whose desktop space is limited. Image courtesy of Lenovo.

The compact P320 Tiny may appeal to traveling professionals, especially those who conduct classes or demonstrations at remote offices or customer sites. “It’s very mobile, just because of its size,” Ruppert noted. “There have been folks who said, ‘I could just throw that in my bag.’” The P320 Tiny won’t fill the same niche, however, as a self-contained mobile workstation, which includes its own monitor and keyboard. “I don’t see it cannibalizing mobile workstations,” Ruppert predicted. “We still see demand for both.”

One downside of a small, light computer is that it’s more easily stolen than a large, heavy traditional tower. “It’s very easy to [have it] walk off,” Ruppert acknowledged. To help it withstand light fingers, the P320 Tiny has an integrated slot for a Kensington lock, which can be used to secure the chassis and the doors that provide access to the interior.

Another issue is the design difficulties posed by fitting workstation-worthy components into a very small box, and keeping them cool in that limited space. Lenovo has packaged less-powerful computers in the 1-liter chassis before, but the P320 Tiny marks the first time that the company has incorporated discrete graphics in it.

“For the first time, we’re actually able to cool a Quadro P600 in this chassis. … That’s really the big innovation here,” Ruppert explained. The full-size NVIDIA Quadro P600 graphics processing unit (GPU) “opens the door to ISV certification,” Ruppert said. It also provides support for as many as six independent displays. The P600 is the only GPU the P320 Tiny can accommodate within its space and thermal constraints (Intel integrated graphics are an option). 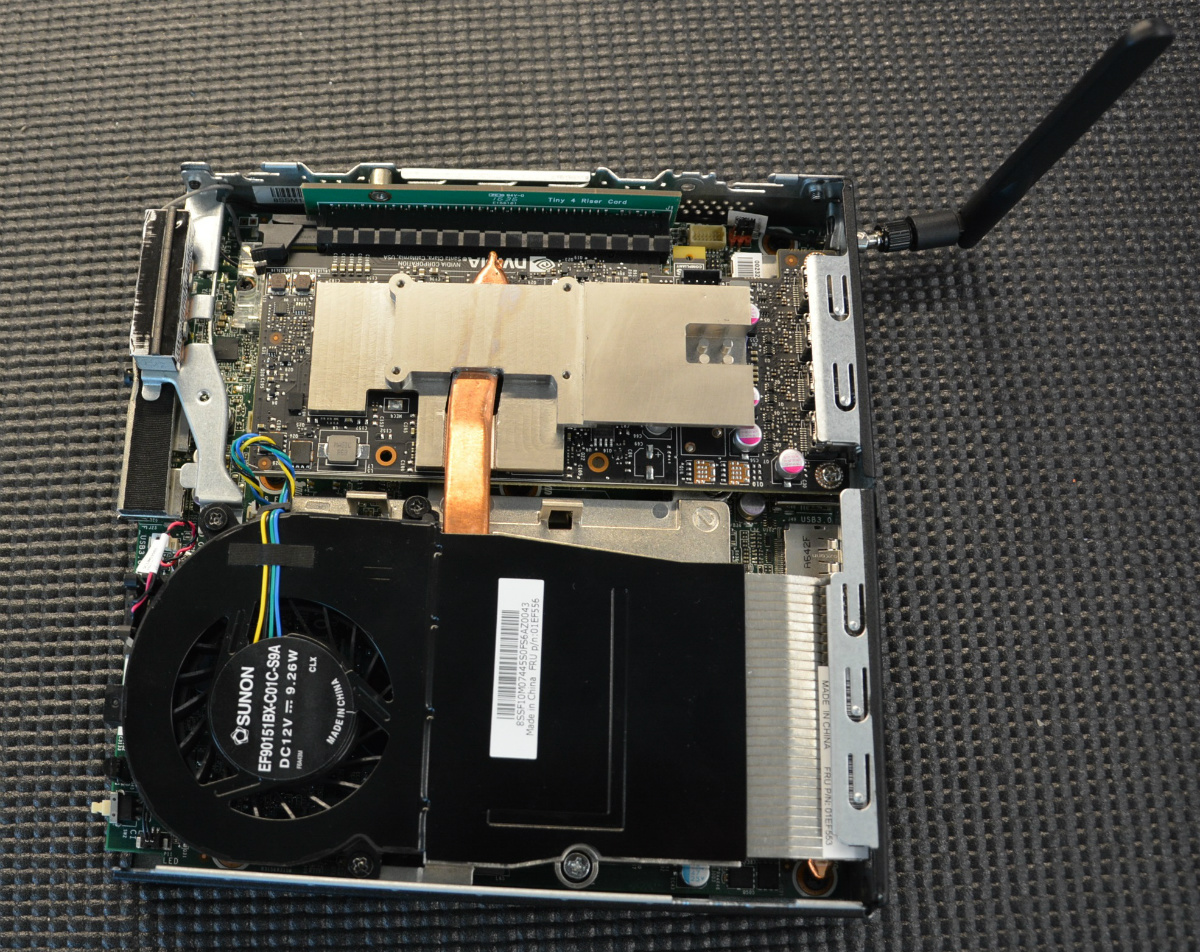 Removing the top cover from the P320 Tiny reveals the GPU and cooling fan, packed snugly into the 1-liter chassis. Image courtesy of Lenovo.


Those space constraints also mean there’s no room for expansion within the P320 Tiny, but Lenovo offers an optional expansion box that sits on top and provides additional USB ports. The P320 Tiny can be configured with Intel Core i7 processors, but not Xeon; for that, customers must choose a larger form factor, Ruppert explained.

Expansion may be off the table, but upgrades are not, and Lenovo stressed easy access to components in the P320 Tiny’s design. Memory and storage slots are located under a bottom door that slides out; the top cover opens with a thumbscrew.

Because Lenovo has marketed desktop computers in the size and shape of the P320 Tiny, the company already has accessory items — such as brackets for mounting the workstation under a desk — available for it. “There’s already a whole host of accessories ready for [the P320 Tiny] as well,” said Ruppert.

“There’s always going to be a need for larger systems,” Ruppert said, noting in particular compute-intensive applications such as rendering and simulation, “but there’s a lot of people who just don’t have the need or space for them.”

Those people include some CAD users involved in architecture and product design, medical professionals, and those in the multimonitor-happy portions of the financial sector. Lenovo also expects the P320 Tiny to have large appeal in the science, technology, engineering, and mathematics (STEM) education space. “[Educational users] don’t have the space, IT resources, or funding for much larger tower chassis; this is designed to be easy to deploy, and easy to move,” explained Ruppert. This group in particular are likely to benefit from the integrated Wi-Fi, since many older schools haven’t yet been retrofitted with Wi-Fi technology.

The starting price of the P320 Tiny is $799 with the following configuration:

Other configurations include up to 2 TB of PCIe storage and 32 GB of memory.