Herrera on Hardware: In a changing CPU market, which brands and models should you should consider for your next CAD workstation?


In Part 1 of this series, I explained how differentiating metrics and decision-making criteria are shifting as players and technologies change in the central processing unit (CPU) market. In this installment, I will dive in to the emerging AMD options and discuss which CPU brands and models you should consider for your next CAD workstation.

While AMD has made tremendous progress in building and rolling out Zen CPU products (as covered in a previous column), its campaign to re-establish itself on the workstation market remains in its infancy. Although its CPUs are ready to ship, what AMD lacks today is broad availability at the original equipment manufacturer (OEM) level. Vendors such as Boxx, Velocity Micro, Maingear, and Puget Systems do offer Zen-enabled machines that are worth a look, but to date no CPU of the Zen generation has been adopted by top-tier workstation OEMs HP, Dell, or Lenovo. And Core and Xeon still remain the only practical choices for the majority of CAD workstation buyers. So while that may easily change — and one can even argue that it should change, for the health of the marketplace — AMD’s Zen lineup is currently more a disruption than a major force in the market. 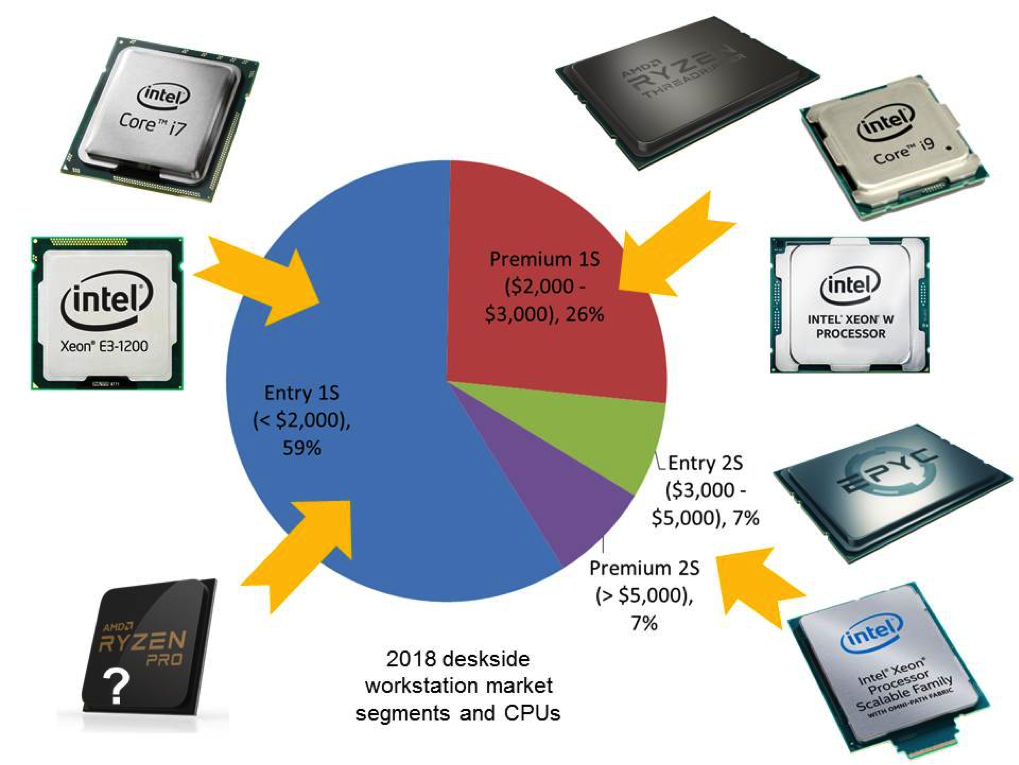