Just days after Hewlett-Packard split into two different companies, executives showed off new and enhanced offerings with appeal for CAD users, including a 2-TB solid-state drive for its desktop workstations.


In November, just days after HP divided itself into two operational units — HP, Inc., which makes the workstations and printers CAD users are familiar with, and Hewlett Packard Enterprise, which makes server and IT services products — the new HP, Inc. was keen to show off its new products. At a Star Wars–themed event held in lower Manhattan, New York, HP executives spoke to the high-performance needs of CAD users, analysts, and media/entertainment professionals (the latter of which several HP speakers loosely categorized as power users abandoned by Apple). The company seemed keen to present itself as even more committed to developing high-performance mobile and desktop workstation products than it has been in the past.

The event focused on the following product areas:

During the morning session, the spotlight was on the additions to HP’s mobile workstation lineup. The four new models were united by a common set of features: workstation-level Xeon processors, ECC memory, M.2 technology SSDs, and more graphics power wedged into lighter, thinner, more stylish packages. In an uncharacteristically image-driven statement for the normally conservative HP, Jim Zafarana, vice-president and general manager, HP Workstations and Thin Clients, said, “We’re putting the sexy into mobile workstations.” Zafarana also commented that HP is conscious of the more modern image it wants to project with its new mobile offerings, be it in the boardroom or on the programmer’s desktop. 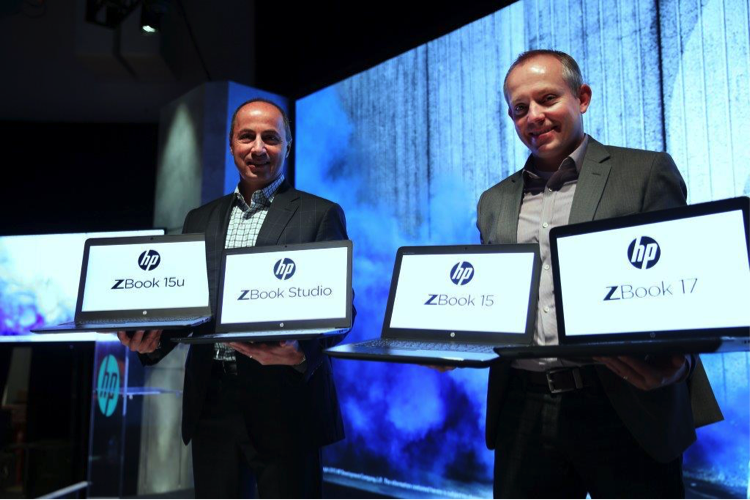 While HP stressed the new design and cosmetics, it has not abandoned its attention to detail or its rigid quality testing protocols. “HP ZBook products … are designed to pass military standards testing and endure 120,000 hours in HP's test process,” said Paul Mazurkiewicz, distinguished technologist for Workstations and Thin Clients R&D. 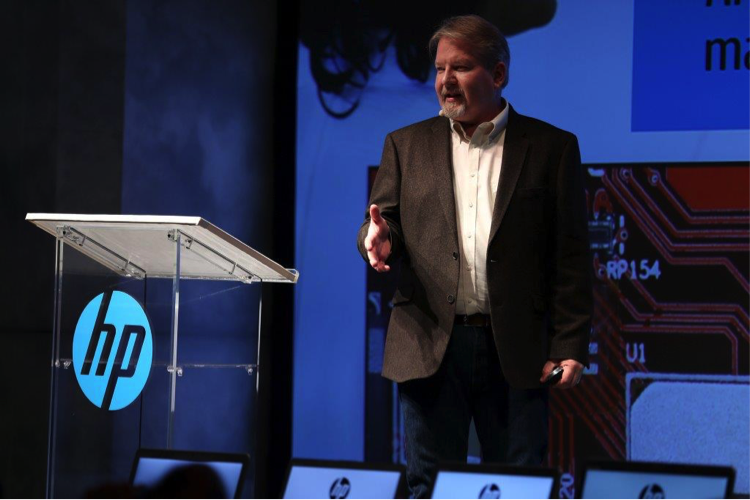 Here’s a rundown of the new machines and some key functional specifications: 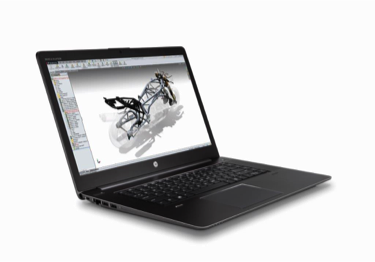 ZBook Studio. Billed as “the world’s first quad-core Ultrabook,” the Studio is a 15.6” form factor machine that meets rigid Ultrabook size and weight specifications (less than 1” thick and 4 lbs or less in weight). Supporting Xeon processors, 32 GB of error-correcting code (ECC) memory, room for two 500-GB M.2 second-generation Z Turbo Drive SSDs, dual Thunderbolt 3 ports, NVIDIA Quadro M1000M 2-GB graphics, and a choice of 4K DreamColor or FHD touch panels. With this degree of fast storage, RAM, and graphics power, the ZBook Studio is prepared to handle CAD at FHD resolutions or multimedia tasks at 4K resolutions. The chassis is sturdy, yet only 18 mm thick, giving it a substantial, yet stylish, appearance. 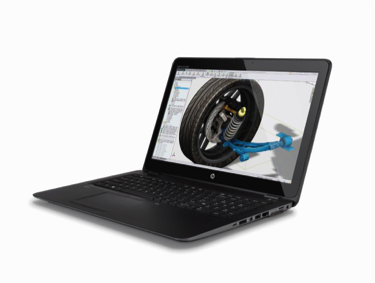 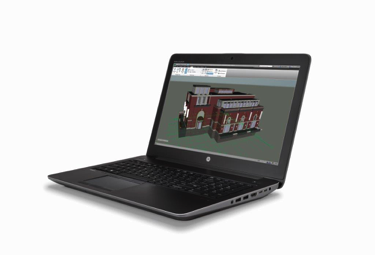 HP ZBook 15 G3. This 15.6” form factor workstation doesn’t meet Ultrabook specs, but it offers substantially more options, better performance, and longer battery life than the Studio or 15u models for demanding applications like video processing or rendering. Supporting Xeon processors, 64 GB of ECC memory, dual 1-TB HP Z Turbo Drive G2 SSDs, as much as 3 TB of total storage, dual Thunderbolt 3 ports, and an optional 4K DreamColor screen with FHD touchscreen. While a little thicker and heavier than its siblings, the ZBook 15 G3 is still sleek — and noticeably thinner than its predecessor, while offering 27% more battery life.