Just days after Hewlett-Packard split into two different companies, executives showed off new and enhanced offerings with appeal for CAD users, including a 2-TB solid-state drive for its desktop workstations. 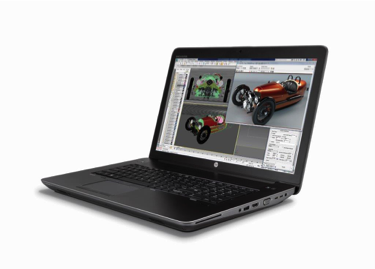 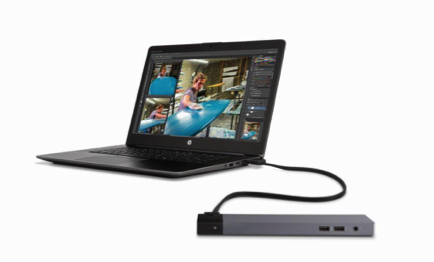 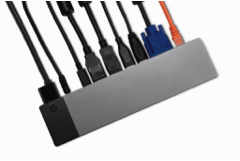 Z Docking Station. With high-throughput Thunderbolt 3 connections offered on all but the 15u mobile workstation, HP has chosen to reinvent its strategy on docking stations. Rather than a cradle-style traditional dock, the Z Docking Station ($229) seems more like a large hub-style device that simply connects via a single Thunderbolt cable. A variety of interface ports are provided, as well as pass-through Thunderbolt connections, which can all be positioned away from the mobile workstation to facilitate a clean desk appearance if desired.

While mobile workstations basked in the limelight, there were also a few enhancements worth mentioning for the desktop workstation lineup, which comprises the entry-level Z240 and the Z440, Z640, and Z840 machines. Emphasis was placed on accelerating the performance of the higher-end machines with new SSD and cooling technologies, along with a brief mention of new narrow-bezel monitors.

Alluding more to tradition than hip new design, Zafarana explained that, “As the workstation industry leader, HP Inc. looks to take its commitment to the professional a step further with every new product and innovation driven by more than 30 years in the workstation business. We understand our customers’ needs, so we can help them solve problems our competition isn’t addressing to the same extent.”

The new products Zafarana spoke of included the following: 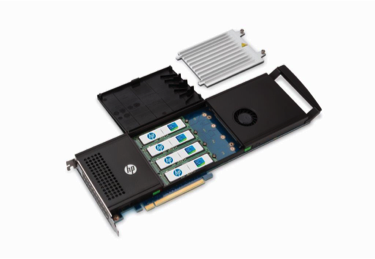 Z Turbo Drive Quad Pro. A 1-TB M.2 technology add-in SSD with optimized forced-air cooling and onboard capacitive power reserve to perform soft shutdowns even in cases of abrupt power loss (such as those caused when someone kicks a power supply cable). The drive requires a single PCIe x16 card expansion slot and can be used with the Z440, Z640, or Z840 workstation. Pricing is $1,376 in the 1-TB configuration. 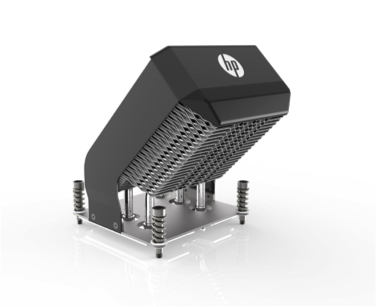 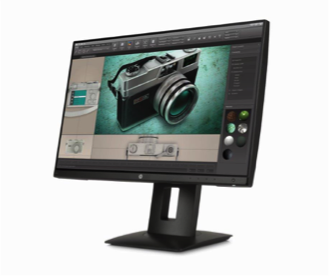 Z22n and Z23N narrow-bezel monitors. An update to existing IPS panels, which have a 178-degree viewing angle, these monitors offer cleaner lines and a 178-degree viewing angle. Users who rely on multiple monitors should note that these models offer easier monitor tiling, thanks to their narrower top and side bezel widths. Pricing is $209 and $220 for the Z22n and Z23n, respectively.

In the future, is it possible your CAD workstation won’t actually be a workstation? HP leaders believe that may be the case for many of us, and the new HP t730 thin-client workstation embodies the technology they see as the solution. Running an AMD 3.6-GHz quad-core APU, the t730 can serve up graphics to as many as four monitors running up to 4K resolution on each; the core processing is accomplished at a remote data center location. 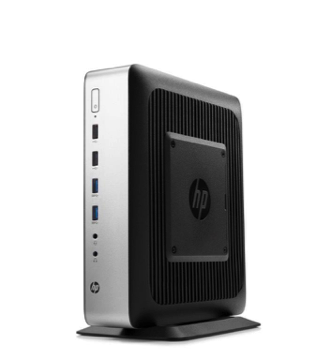 With support for Linux, Windows Embedded Standard 7, or Windows 10 IoT Enterprise, the t730 comes with HP Remote Graphics and HP Velocity software tools to optimize the transfer rate via latency reduction between the t730 and its host workstation. Priced at $599, the t730 presents a case for high-performance virtual computing devices that cost less than a consumer tablet computer.

As in past years, HP continues to pursue a strategy of providing powerful mobile and desktop solutions for CAD, analytical, and media/entertainment professionals. What has changed is that there’s a little more attention being paid to the style and packaging of those solutions than in the past. Given the new corporate identity and design swagger on display, it’s safe to say that HP will continue to be on engineers’ desks, but may increasingly be seen replacing Apple products in industries that have historically had far more “cool factor” than CAD, like media and film production. Or, as one participant I overheard put it, “This isn’t your Dad’s HP.”