The Origin and Evolution of the Modern Workstation

Herrera on Hardware: Where did today’s workstation come from, and who — besides CAD users — relies on it? 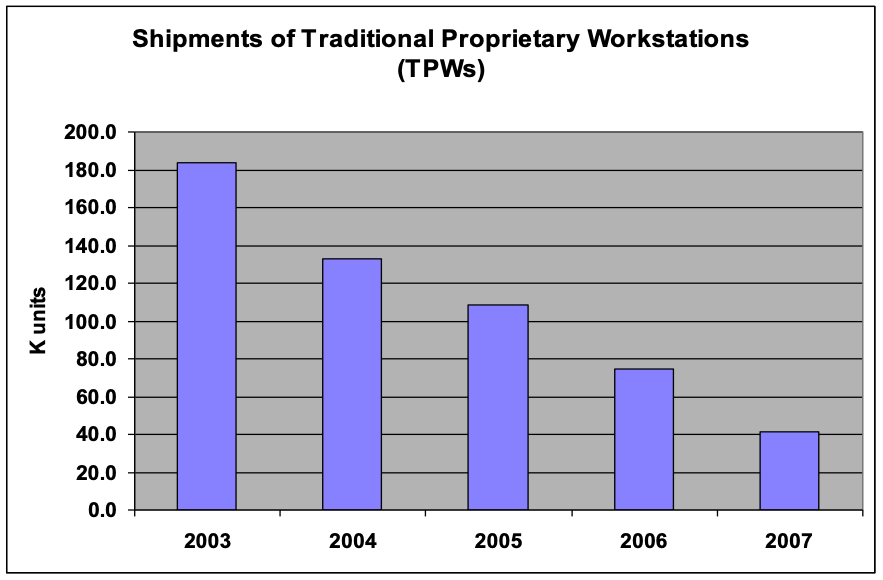 
Leveraging a Foundation of PC Technology

Don’t confuse the demise of these historically proprietary, Unix-based platforms with the fate of the workstation. Not only is today’s PC-derived workstation not going the way of its proprietary predecessor, but the platform is positively thriving in spaces like CAD, eclipsing its ancestor by a large margin in numbers if not mindshare.

Like many industries before it, the once-dominant workstation industry was faced with an irresistible force in the form of a PC juggernaut. It could either evolve or die. It could keep battling for its place in the IT world, or it could surrender. One can argue it’s done all the above, resulting in today’s machine that leverages the best of technology advancements and economy of scale ... and both it and the CAD user base are better off for it.

While the CAD community represents both the largest contingent of buyers and a leading force in the evolution and shape of today’s workstation, the fact is that only around 45% of workstations are purchased for CAD users. The workstation remains the vital go-to computing tool for many other professional visualization applications as well.

Digital media and entertainment (DME), comprising content creators ranging from Hollywood studios to small-town advertising houses, accounts for another 15% or so. Financial services consumes around 10%; this is one segment that does not typically wrestle with visually intensive workloads, and purchases workstations more for their reputation for reliability than their performance. (Ditto for software engineering, though visual performance demands can vary by type of application.) Geoscience typically demands the top end of what workstations can deliver, for quick and reliable analysis of seismic sensor (and other) data to hone in on natural resource deposits below the surface. Similarly, medical applications are relying more heavily on analysis of body scans, particularly in 3D, to identify internal anomalies. Applications in academic and industrial scientific research, government and defense command and control, and a range of smaller uses round out the workstation user base. 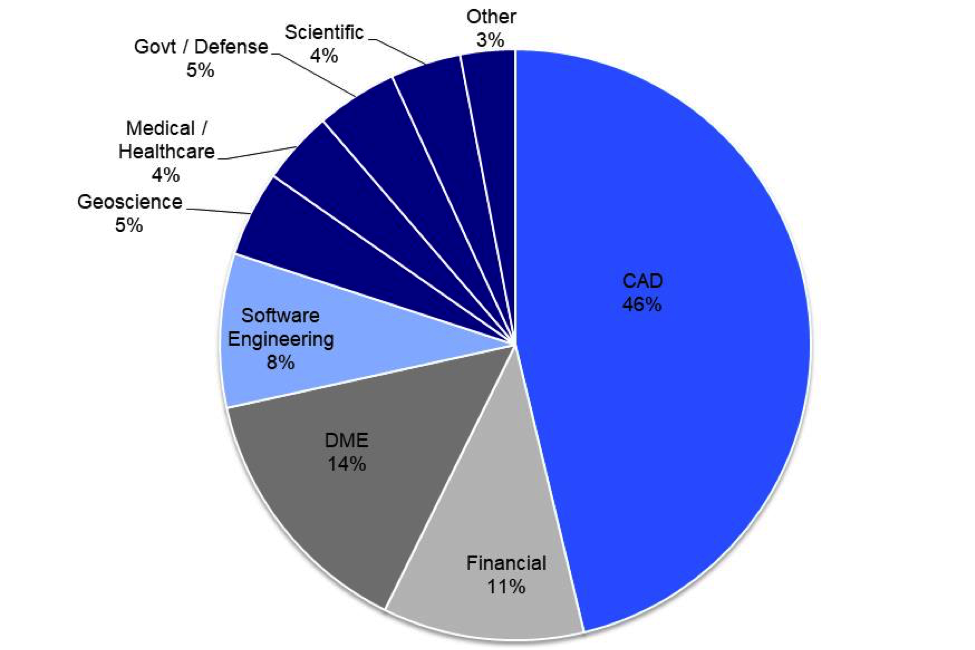 So yes, on the one hand, today’s CAD professionals are far from alone in their reliance on workstations. And that's a good thing, as adding in those other segments more than doubles the market’s overall unit volume, thereby making the market far more attractive to vendors. That in turn leads to more aggressive competition, which pays off for users in the form of better pricing, a faster pace of innovation, and a broader set of products. (For an example of the latter, check out my series covering the impressive breadth of workstation form factors available today.)

But on the other hand, CAD continues to represent the largest segment of the market, and by a wide margin. And that’s also a good thing, because it means builders and providers are going to prioritize CAD usage and applications when prepping their wares. The physical makeup of the workstation may have changed dramatically over time, but its core mission and markets have not. So when it comes to having access to the best available hardware tools for their job, the CAD community remains in very good standing.