Which CAD Workstation Buyers Can Benefit from Threadripper?

Herrera on Hardware: An analysis of AMD’s Ryzen Threadripper illustrates why a workstation CPU is not a one-size-fits-all proposition.

Intel can no longer claim blanket superiority over AMD in workstation-caliber CPUs — and that’s a tremendous accomplishment for the No. 2 vendor. After years of anticipation, we have finally gotten to see Zen CPU technology driving a workstation, and the results prove it a compelling and credible contender for workstation usage. Testing shows Threadripper can excel at highly threaded, professional-caliber workloads, and its single-thread performance doesn’t lag much behind the highest-GHz CPU Intel can support.

However, while AMD has certainly cleared a tough hurdle in its quest to again contend in the market for workstation-caliber CPUs, there’s an important caveat. While we contrasted Threadripper with the best single-thread processor Intel can offer, it’s important to note the Intel CPU brands we did not compare with Threadripper in this exercise: the X-series Core i9 and Xeon W, the latter being Intel’s primary CPU line targeting Premium 1S workstation models.

Unlike Core i7, both the Core i9 and Xeon W brands extend all the way up to 18 cores. So OEMs could already be marketing an 18-core CPU in a workstation, but they chose not to. Part of the reason was Intel’s delayed release of the newer and workstation-preferred Basin Falls platform supporting what Intel calls “High Core Count” (HCC) Xeon W SKUs. But the lack of urgency is also a reflection of that aforementioned status quo in CPU core counts, where the market has to date seen a relative trickle in volume for core counts beyond 4 to 6. Now, I’ve speculated that the emergence of Threadripper would raise the interest in getting Intel’s HCC SKUs exposed in workstations. In fact, that scenario won’t be a hypothetical one much longer, because for the first time, one (or likely all) of the trio will be making that 18-core Xeon W — with quad-channel memory akin to Threadripper — available in a premium 1S deskside workstation early in 2018.

Lenovo’s announced ThinkStation P520 is expected to ship in the coming weeks, built around the aforementioned launch of the HCC-optimized Basin Falls platform. And though the other two have not announced a similar step, it would be no surprise to see HP and Dell announce availability of 18-core SKUs as well. On the bullish side, however, given its substantially lower price (at least at retail levels today), I expect Threadripper can still duke it out with 18-core Xeon W’s, if not in all-out performance then in the price-to-performance ratio. (And if all goes according to plan, I expect a chance to explore just that with testing and analysis of the ThinkStation P520 with an 18-core Xeon W, so stay tuned.) 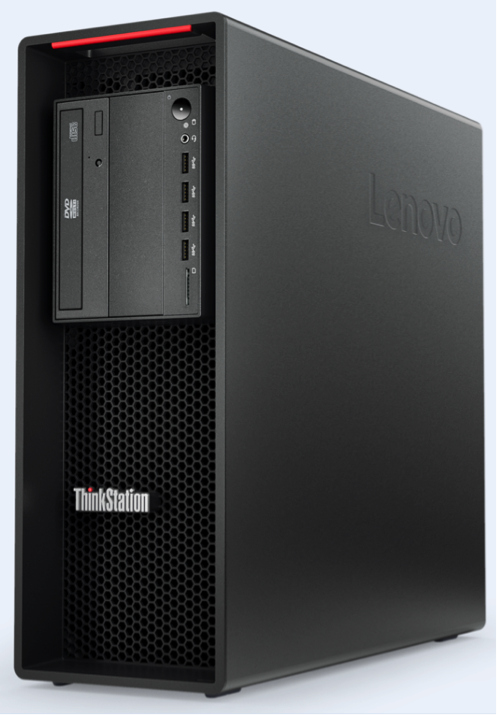 Lenovo will have an 18-core Intel Xeon W available in its ThinkStation P520, expected in the first quarter of 2018. Image courtesy of Lenovo.

2017 proved a successful coming-out party for Zen. Processors like Threadripper — and shortly, Epyc and possibly Ryzen — are now competing for CAD workstation CPU sockets once again. It’s achieved both credibility and a critical foothold by signing on premium workstation vendors like Boxx (with both Threadripper and Epyc). But Zen’s battle is far from over, and 2018 could prove to be a breakthrough year — if, that is, AMD can clear the next hurdle and bring on a high-volume vendor like Dell, HP, or Lenovo. Doing so means AMD needs to prove that the technological achievement in Zen, now proven in Threadripper, will be complemented by comparable, long-term execution in products and commitment to the marketplace. The latter issues are critical to both high-volume OEMs and high-volume customers, who both must weigh the value of bringing on another platform against the substantial overhead of doing so.