Updates to AutoCAD 2015 are geared toward optimization — helping you do your job, not trying to change how you work.


I'm aware that CAD managers support a variety of software, so I usually keep the CAD Manager's Newsletter product-agnostic. But, because so many of us have to manage AutoCAD to some extent, I'll make an exception for the introduction of AutoCAD 2015.

You can read more about AutoCAD 2015's new features here if you want to get a broad idea of what's in the release. For our purposes, I'll focus on how I expect the new release will affect CAD managers. Here goes.

When a new version of AutoCAD is unveiled, you never know what the focus will be. So, when I finally got my hands on AutoCAD 2015, I had no idea what I'd find. I did wonder if the emphasis would be on cloud technology (that many aren't using yet) or collaborative functions (based around messaging systems that haven't been widely embraced). In short, I questioned whether the new AutoCAD would hit the mark with users.

Now that I've worked with the new release for about a week, I am impressed. It isn't a bold release packed with a bunch of startling new commands, but rather a welcome optimization release.

AutoCAD 2015 is geared toward refining the user experience rather than changing how the user operates. In other words, Autodesk seems to have focused on making their tools work in ways that support how users actually work. I'm pleased that Autodesk is listening to its users!

I've often taken software manufacturers to task for altering software interfaces in unnecessary ways just so it seems like something has changed. In this case, I have to hand it to the designers at Autodesk for producing an AutoCAD interface that is easy on the eyes and puts almost all the tools where you expect them to be. 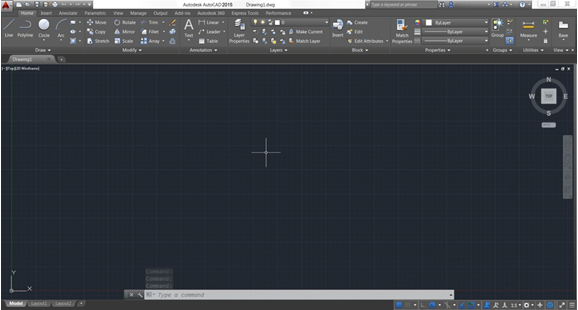 A dark theme makes AutoCAD easier to look at for long editing sessions, yet tool placement is consistent with recent releases.

The changes that stand out for me include: 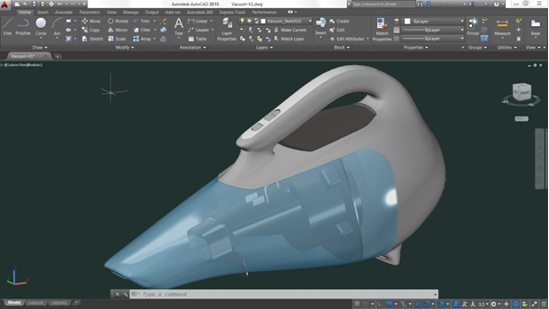 Taken cumulatively, I find the new interface to be something users can work with more comfortably and productively. And since the changes don't rearrange what users already know, it shouldn't take much to get them up to speed with the new version. I think I could drop AutoCAD 2015 in front of a 2013/2014 user and they'd get right to work and would like the new tools in short order.

3 Ways Mid-Size Design Teams Are Driving Better Collaboration: White Paper - Now you can make it quick and simple for all practioners and stakeholders involved in design and engineering to share and find information, conduct collaborative design reviews, and manage contractural exchanges.  Download your eBook here.