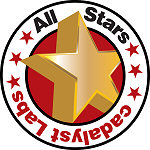 Cadalyst All-Star awards honor the best of the best -- the most outstanding among all software and hardware products that earned Highly Recommended ratings from Cadalyst Labs in the past six months. Four software systems and five hardware products earned the latest Cadalyst All-Star awards, announced in the June 2007 of Cadalyst magazine. Today's spotlight shines on the HP xw4400 Workstation.

After revamping its line of workstations, Hewlett-Packard sent Cadalyst an HP xw4400 workstation that offered good performance, good looks and a moderate price-making it an ideal choice for an entry-level workstation. The system that Cadalyst received for testing was based on a 2.67-GHz Intel Core 2 Duo E6700 processor that was mounted on a Foxconn motherboard that had been customized to HP's specifications. The chipset on the test system was the Intel 975X Express chipset, and the system included 2GB of 667MHz DDR2 SDRAM memory-out of a total of 8GB possible when all memory slots are fully populated. The system included a 160GB SATA hard drive as well as a DVD+/-RW dual-layer with Lightscribe optical drive. Graphics were accommodated by the popular NVIDIA Quadro FX 1500 graphics card, which boasts 256MB of onboard GDDR3 memory.

As configured and delivered, the HP xw4400 workstation was priced at $2,599, which included 36 months of labor, parts and onsite warranty coverage and 24-hour replacement parts delivery and telephone support. This standard configuration is offered at quite a good price, which, combined with its good performance and quiet operation, should make this system very popular. The HP xw4400 is a remarkably good entry-level workstation at a very attractive price.