This week we continue to explore cloud-based CAD tools and why you might want to tread carefully with adopting fully cloud-based products, especially when considering Internet speed and connectivity.


In the last edition of the CAD Manager's Newsletter I made the case that cloud-based applications and data hosting solutions have their weaknesses. But aside from potential problems such as security vulnerabilities and provider outages, what else might we want to consider? Are there situations where cloud-based solutions make sense?

In this edition of the CAD Manager's Newsletter we'll answer these questions. Here goes. 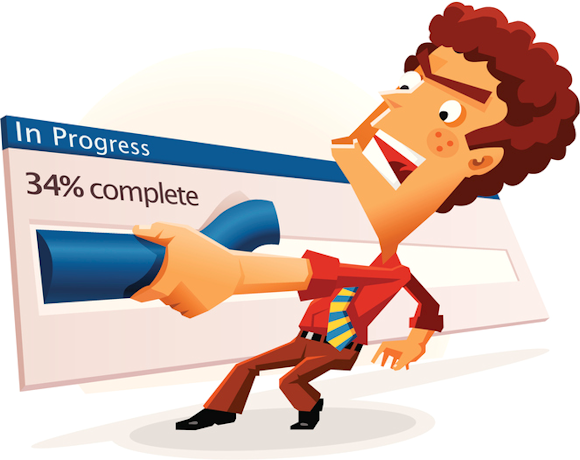 Let's imagine that all the risks we discussed last time were resolved. What would happen next? We'd still be left with a solution that tends to be slow. Why slow? Because anything you do on a cloud-based application is only as fast as your Internet speed and that speed is never as fast as CAD users want it to be.

What kind of speed problems might we encounter? We could categorize them as follows:

Shared connections. With only so much bandwidth available to share among many employees, corporate Internet connections can often be very slow by the time the user fires up a web browser.

Uploads/Download speeds. As large files are moved to/from cloud applications, demand on the Internet connection increases significantly, thus slowing things even more for not just you, but everyone in the office. Think of the last time DropBox synced during busy office hours and you'll get picture.

Geography drives cloud speed. Only those companies located in areas with gigabit fiber-based Internet will enjoy fast enough transfer rates to make cloud applications perform well. Users/businesses in smaller, more remote areas will be forced to limp along on low bandwidth connections for years to come.

Of course, not all these issues exist in all offices, but chances are you will experience a few of these issues in your company at some point. Paradoxically, individual users at suburban home offices with high-speed connections may be best suited to run cloud applications.

The simple fact is moving CAD files across the internet is slow and the cloud is the Internet. If you think your Internet/WAN connections are slow now, what will happen when you add a substantial amount of cloud traffic to mix? The answer is that things get even slower.

Workstation + LAN = Power to the User

While we're all supposed to be moving toward the cloud—despite its security and speed limitations—the devices on our desks are becoming beast like for very little money. Mobile workstations with six core i9 processors boosted to 4.8GHz, 32GB of RAM, 4GB GPU's, and PCIe-based SSDs (solid state disks) are now available for about $2,000 with similarly equipped desktop workstations less than that.

With these types of machines available at low cost, why would you not connect them to a very fast LAN server within your own building and perform your CAD work at blazing speeds? Why slow your CAD processes via a slow Internet data pipeline? And anybody, no matter where they are, can have a high-speed workstation and fast LAN delivered via FedEx in a matter of days.

WANs Can Be Optimized

If your company has multiple locations, the question becomes how can you run CAD tools that access models and data from those multiple locations? The answer is either to connect via a wide area network (WAN) or use cloud tools. At first glance, it would seem that moving data between branch offices via a WAN would be just as slow as the cloud because data is still moving over data lines much like the Internet, right?

But WANs can be optimized by using synchronization and replication tools from companies such as Riverbed, Peer, Panzura, etc., to bring WAN working speeds up to LAN-like speeds. Cloud-based services can't be optimized in the same way so, once again, the cloud is slow by comparison.

Could the Cloud Ever Make Sense?

Lest anyone accuse me of being a Luddite or technophobe, let me assure you I believe that designers will continue to use Internet-connected tools in certain situations, including:

Remote access. Using a tablet to remote-access your workstation is a great way to work from home or travel. Also, sharing a high-power workstation or specialized software dedicated to rendering amongst several users can also be facilitated in this way.

Shared high performance workstations. In cases where extreme resources such as multiple high-end GPUs or multiple processor workstations are required, a virtual cloud within your data center could be used to let users remote into these expensive resources. The difference is that this isn't the public cloud, but a private cloud.

Per file rendering/analysis. In cases of extremely expensive rendering and analysis packages that may not be used frequently, the concept of simply paying per job may be appealing, although the slow speed of loading CAD models to the rendering/analysis vendor's servers may dampen enthusiasm for the approach.

In cases like these, cloud-based tools can make sense as a utility or to serve infrequent needs.

Will cloud-based tools make sense in some cases as time goes by? In certain circumstances, yes. Will the cloud make sense in all scenarios? Most likely not. Will we see the extinction of CAD software running on workstations on user's desks on our high-speed LAN connections? In my opinion, no way.

If your company doesn't have a clear strategy for how it will approach cloud-based CAD tools, now is the time to have the discussion. My hope is you can use the topics in this series as a starting point for the conversation. Until next time.