When errors occur, don’t fix them yourself, make sure your team takes responsibility and solves the problems themselves.


"I'm so frustrated dealing with all the same problems over and over — what can I do about it?"

How many times have you muttered this question to yourself? If you've been a CAD manager for more than a month, I'm sure you've felt this way more than once. Well, what if I told you that channeling the frustration you experience in the right way could help you solve problems instead of just having to deal with them again? Interested?

In this edition of the CAD Manager's Newsletter, I'll share my strategy of shared frustration to solve and prevent problems for once and for all. Here goes. 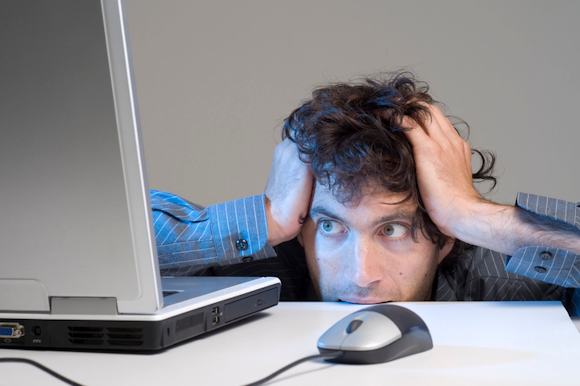 Acknowledge and Calm Down

Let's say you've just found out that an entire set of construction documents have been sent out in violation of client standards. Not only do you have to rework and resubmit the files, but you also have an angry client to deal with. And, because you're the CAD manager, this problem is now your problem. Right? Frustrating? Yes! Do you want to strangle someone? Probably. Do you hang onto that frustration and stew while you fix the files? No way!

Now is the time to breathe deeply, collect your thoughts, and tell yourself, "This is a teachable moment." Your goal now is to move from angry personal frustration to a calm mode of shared frustration, so you can solve the true underlying problem.

1. Isolate the cause. Ask yourself — and those involved in the project — why did the construction documents go out incorrectly in the first place? Was it due to a violation of standard practices? Was it due to not having a standard? Was it due to the job contract being inadequately detailed?

Keep asking diagnostic questions of everyone involved until you arrive at the real reason why the project was messed up, then keeping digging even deeper. For example, if a standards violation was the problem, why did that violation occur? Was it simple user error? Were the standards not well communicated in the first place? Keep drilling into the problem until you come up with a definitive answer.

2. Identify who can solve the problem. Now that you know the core issue that caused the problem, you must decide who should be involved in resolving it. Obviously, the person who sent the wrong files out must be part of the solution, but you may also need project managers to handle client communication and anyone else who contributed to the error to help with fixing the problem. Because our goal is not just fixing errors, but preventing them, it's crucial that all parties who helped cause the issue participate in fixing it.

The point of this process isn't to assign blame, but to create a team who will take ownership of the problem and fix it. My goal is to let everyone involved share in the frustration of the problem so they don't let it to happen again. Another objective is that I — the CAD manager — won't end up fixing problems by myself while those who created the error evade responsibility.

3. Communicate your findings. Now that you know what caused the problem, communicate your findings to the involved team members while the frustration is fresh in everyone's mind. The tricky part here is to address the problem quickly and to leverage the sense of frustration and urgency — but not so quickly that you're acting out of anger or temper.

Communication could come in the form of e-mail, but I highly recommend face-to-face or a phone call because e-mail can often convey the wrong tone. The goal here is to get everyone on the resolution team to understand the cause of the problem and to agree on how to solve it. Be sure to communicate the root cause of the problem. For example, "No one realized that there was a specification for construction documents sent to the client."

Don't communicate blame, such as, "Fred screwed this up royally!"

Note how the first statement invites action to fix the problem, while the second merely makes Fred defensive.

Note: Everyone will realize where the problem originated and those who messed up will feel bad about the error, so there's no reason to point fingers.

4. Solve the problem. The problem has been communicated and the team is engaged, so now it is time to get the problem fixed. Split the work up, so that team members share the load to handle the client interaction, recompile the CD files, check the new CD files, and transmit updated files to the clients.

Be sure the whole team understands the magnitude of the problem and shares the burden of fixing it.

5. Perform a quick cost analysis. Now that the error has been resolved, it's time to cite personal statistics of wasted time to communicate the magnitude of the error. Start with how much time was required to correct the error and then multiply that time by the hourly rates of the team members involved. Now you can make a statement such as, "Because nobody followed the client standards, we expended $3,250 of labor to fix the problem."

You can follow that statement with a question, "Doesn't it make more sense to check ourselves more thoroughly for standards compliance before we make these types of errors?" And, finally, to drive the most important point home, you can say, "The cost I can't compute is how much trust we lost with the client."

If you approach issues such as standards violations in this way, nobody can argue with you because wasting money can't be defended. Make sure project managers and senior managers hear you making these statements and they'll be more likely to trust and respect you. Hopefully those who messed up in the first place will feel a sense of personal and financial guilt, so they won't repeat the mistake.

6. Set your own standards. Hopefully your communication with others will flush out ways that problems can be dealt with and you can put procedures in place so the problem won't occur again. This is the easy part, because you've done such a good job of isolating and communicating the problem.

While I can't give you a magic recipe for never being frustrated again, I can tell you that dealing with frustrating problems in this way is the best thing you can do to get people to fix and avoid problems. Rather than screaming, punching the wall, or saying things you'll regret later, use the frustrating problems you experience to change behavior so that it won't recur.

Try it and let me know if it works for you.