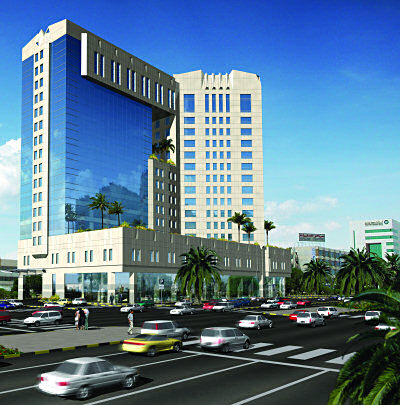 About This Image
Rado Ivanov of Studio R22 entered The Commercial Center in this year?s AEC CADDIES competition. It was originally used as a marketing and sales tool for Digital Waves. Ivanov designed the 3D model in AutoCAD and used 3D Studio VIZ and Photoshop for rendering, all on a Pentium 4 with 2GHz processor, 512MB RAM, and an NVIDIA 128 video card.