CAD Manager Column: Is lack of authority just an excuse for not being able to enforce standards and procedures? Here’s what you — and your upper management team — must understand about the necessity of authority in the CAD manager’s role.


In the previous edition of the CAD Manager’s Newsletter, I updated my periodic survey of what CAD managers feel are their most prevalent problems. Not surprisingly, the survey respondents reported many of the same problem areas I heard about in past years, but with slightly different spins due to changing times and technologies. And once again, the lack of authority came out on top.

In this edition, I’ll wrap up this look into CAD manager problems, and also tackle some of the reader responses the subject has generated so far. Here goes.

In the previous edition, I posited that the core problem CAD managers face is lacking the authority to do their job effectively. This view seemed to be validated by most feedback I received, but there were a few who took me to task. In their mind, authority isn’t required if you have enough influence to achieve voluntary compliance. One reader even said, “Lack of authority is just an excuse” for not being able to enforce standards and procedures. To these views, I offer the following amplification of my original comments:

Of course influence should be sought — and used — by all CAD managers. After all, isn’t training simply a form of influencing how users perceive a software tool? And if you’re perceived as being the best CAD authority in the building, many people will tend to listen to you. Finally, I would prefer that everyone followed the rules voluntarily but, in reality, that’s just not always the case.

There are those who simply won’t get with the program. In my experience, these types of problem users can only be dealt with via authority. Whether that authority comes from me or from a project manager is immaterial to me, as long as the problem is dealt with. 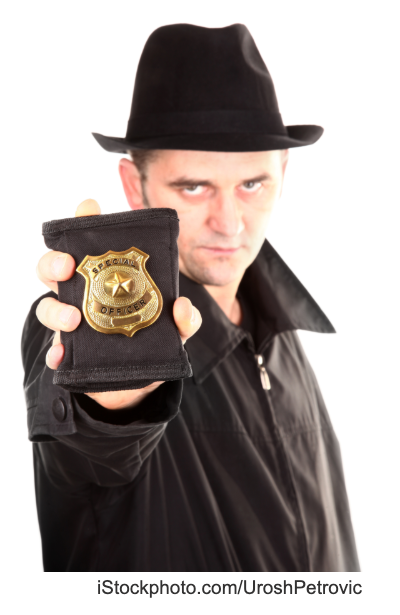 Authority is part of every other manager’s toolkit, so why not us? Is there any other manager in the company who is responsible for critical job functions, yet doesn’t have authority? I don’t think so. When it comes to authority, you either have it or you don’t. Why not have the discussion with your boss about the authority you need? Be specific, and use the arguments I’ve presented above; you may find that authority comes your way if you justify the need for it.

I view the CAD user community as a microcosm of society: Most people are good citizens, most comply with practical guidelines without issue, but some simply won’t follow the rules and must be dealt with via authority.

Why Management Doesn’t “Get It”

Another trend I’ve noticed over the past five years or so is that more CAD managers view themselves as production users rather than managers. And when it comes to making senior management understand you, acting and speaking from the perspective of a user can be limiting. Like it or not, managers tend to understand and respect other managers, so it really does pay to understand how they think about things. Here are a few strategies for developing a more managerial mindset that I’ve come to believe in:

A user thinks only about his or her own convenience, while a CAD manager must consider all users’ convenience. If you are only thinking about how a few individuals use CAD tools, or only worrying about the 10 building information modeling (BIM) users and ignoring the 20 civil and electrical CAD users that don’t use BIM, you’re not thinking like a manager.

Solving problems for production is job number one. Once you realize that CAD tools only exist so projects can go out the door, you’ll focus on streamlining standards and practices for optimal job production.

CAD managers must be leaders focused on job output. Will this focus require you to have great technical chops? Yes. But is that expertise, by itself, what makes you a leader? Nope.

If you follow these steps, you’ll be thinking like a manager in no time. With your new frame of thought and the communication hints I gave you in the last edition (see the “Un-Geek How You Speak!” section) you’ll find that management will understand you, and will really start to “get it” as time goes by.

The Persistence of Resistance

Whether the comment is, “Users won’t let go of their 2D” or “Engineers just won’t use the standard” or “The architects can’t understand that BIM is different,” these are actually all symptoms of the same core issue: resistance to changing methods.

Let’s face it, to resist is human. We all do it. Once you set something up that works for you, then there is very little reason to ever change, unless the new way is demonstrably better than the old way. And if the new way isn’t easy enough to adopt, then people have a built-in excuse to avoid it: “It’s too disruptive to do things a new way and still get my job done.”

The only way I know to deal with this fundamental human issue is to adopt this strategy:

Evangelize and teach. You have to be the walking, talking ambassador of the new way to do things.

Dig in for the long haul. You won’t convert everyone immediately, but you will convert most in the near term if you evangelize and teach well.

Create critical mass to isolate resistors. When enough users have adapted to the changed environment, you’ll only be left with those who stubbornly refuse to change.

Use authority to finish the job. When those resisting are simply being obstinate and causing problems for everyone who has already made the transition, it is time for management to issue the edict: “Thou shalt make the change!” And once again, we see that authority can be an essential part of doing the CAD manager’s job.

I hope examination of CAD manager problems has given you additional perspective and supplied you with strategies you can use to mitigate problems. I’ve always found that understanding why you have a problem is the best way to prevent it from recurring. And when you can’t prevent problems, having a certain amount of authority can help you fix them. Until next time.