Windows 8: Is It the Right Call for CAD?


Sporting a radical redesign that’s expected to charm some and disappoint others, Microsoft’s new Windows 8 faces a tough slog ahead, including a slow adoption rate, analysts say.

“The challenges of a new user interface, a complex set of processor choices, and a long ramp to a compelling set of app offerings in the Microsoft Store will translate to a slower-than-usual Windows upgrade cycle,” says Frank E. Gillett, an analyst with Forrester.

Gillett is lead author of the Forrester report, Windows: The Next Five Years. The study predicts a grim forecast for Windows 8 in 2013, but concluded that with the right moves, Microsoft could stabilize long-term market acceptance of the product line.

Microsoft is betting big on its OS, which for the first time is driven by touchscreen controls. The change makes Windows much easier to use on smartphones and tablets, but on traditional desktops, the new interface comes across as clunky and inefficient, say many early adopters. 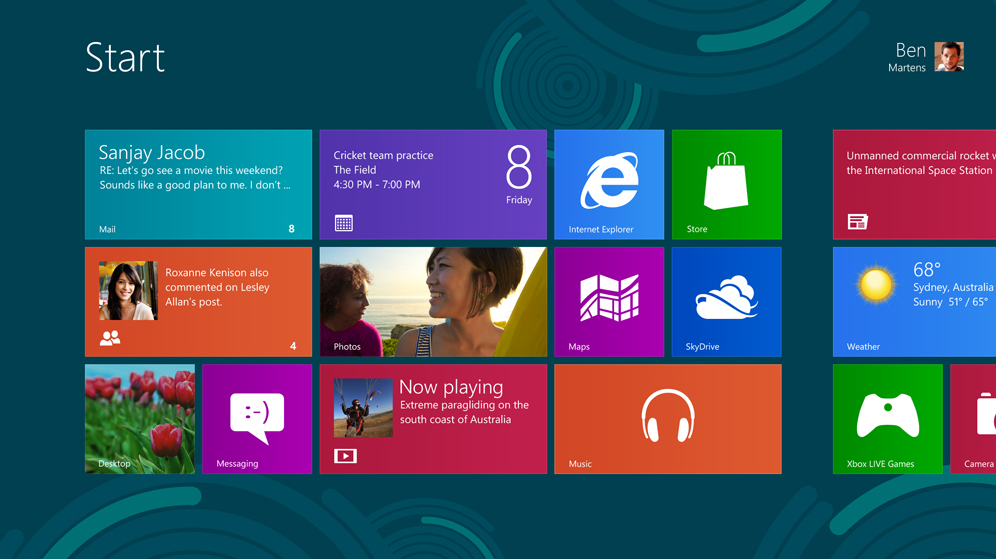 Compared with previous versions, the Windows 8 user interface is a significant departure for Microsoft and could present a challenging transition for many users — in particular those whose applications are not optimized for the touchscreen.


This common design language is being used across all Microsoft products and services, Gillett says, including its Xbox gaming system and Bing search engine. “To run existing Windows desktop apps and to access some systems settings and features, users will switch to desktop mode. This dual OS personality will likely confuse many users, at least at first,” he explains.

“Although Forrester is encouraging enterprises to look at Windows 8 in all use cases, the new Windows 8 UX Start screen is prompting concerns about the need for extensive employee training,” Gillett continues. “Having finally migrated to Windows 7 in significant numbers and released their death grip on Windows XP, many enterprise IT shops are content to stand pat.”

Jon Peddie, president of Jon Peddie Research, a computer graphics marketing and consulting firm that tracks the CAD industry, is among the nonplussed. Compared with previous versions, he says, “The OS is no lighter — greater than 8 GB — certainly no faster, and doesn't bring any new tools or productivity enhancements. What it does bring is a barrier to work.”

Like many longtime Windows users, Peddie is perfectly happy using older Windows versions for computer graphics and other work and sees Microsoft’s abandonment of the traditional mouse–keyboard interface as a betrayal. “I know Microsoft is — and has been — suffering from an Apple inferiority complex and really, really wants to be cool,” Peddie says. “But forcing [longtime Windows users] like me to adapt to a new metaphor is not only infuriating for the time wasted trying to get to work, but arrogant as hell to have Microsoft basically tell me, and other [longtime users], ‘Go to hell; we don't care about you any more.’”

Denver Galloway, an application engineer at Autodesk reseller and consultant Mid-West CAD, is a bit more tempered in his response to the new OS — although he, too, is not rushing to embrace Windows 8.

“As of now, Autodesk has not officially given the okay to run AutoCAD or Revit products on Windows 8,” Galloway says. “While that software may run in this environment, it is not yet supported by Autodesk.” The same was true of Autodesk Inventor and most other Autodesk products at the time this article was published; consult the Autodesk web site for updates. Conversely, SolidWorks 2013 does support Windows 8 (64-bit).

“Regardless of where we’re going, today, the majority is still in a desktop computing environment,” Galloway adds. “Most of us are not using [touchscreens] yet. And we need the ability to easily find our desktop and launch our applications. Removal of the Start or Windows button, the launch directly into the touch interface, and the presence of gesture-based menus in a nontouch environment [such as CAD] will drive Windows 8 to the shelf in most businesses, I believe.”


‘Best of the PC and Tablet’

Not surprisingly, Steve Ballmer, Microsoft CEO, sees things differently. Upon the launch of the new OS last October, he said, “Windows 8 brings together the best of the PC and the tablet. It works perfect for work and play … every one of our customers will find a PC that they will absolutely love."

Microsoft has put significant marketing muscle behind the new roll-out, including the release of its own, Microsoft-branded tablet for Windows 8, the Surface. The company decided to manufacture its own Windows 8 tablet to showcase the full capabilities of the OS, according to Ballmer. 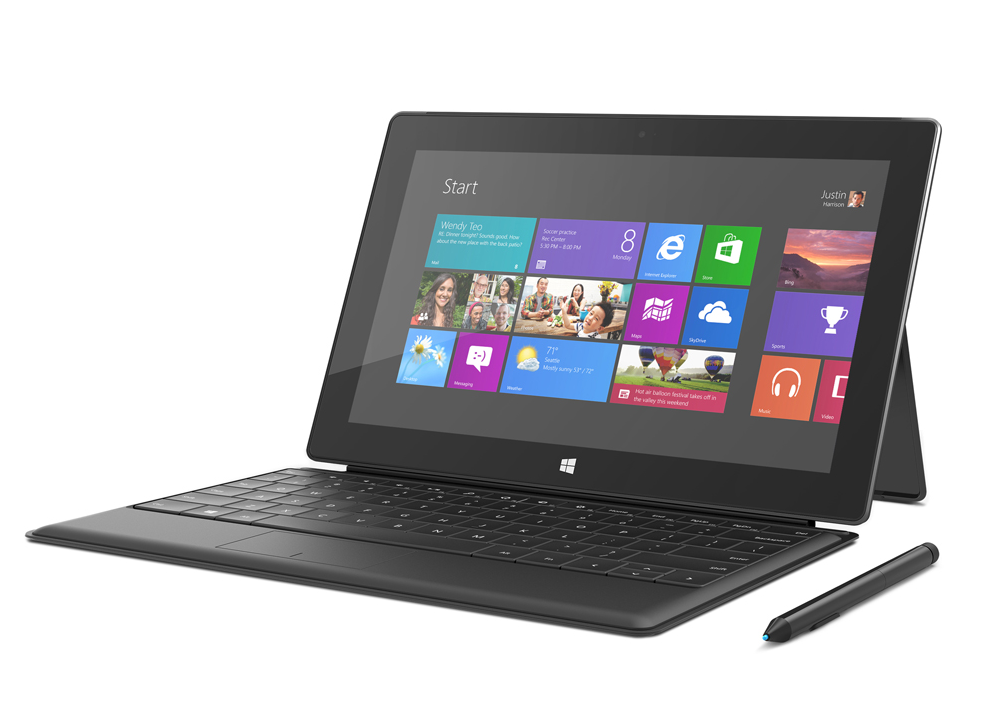 The Microsoft Surface Windows 8 Pro tablet (starting at $899), shown here with the optional type cover, is designed to appeal to professionals where previous tablets have fallen short. Running Windows 8 on an Intel Core i5 processor, it incorporates a full-size USB port, external display connectivity, and 64 GB or 128 GB of memory.


Microsoft partners have released their own studies indicating that general user interest is more enthusiastic than others have found. PC Helps, a Microsoft gold-certified partner, for example, says 25% of employers with 500 or more employees anticipate migrating to Windows 8, according to its Windows Pulse Survey. Of those employers, 17% said they had expected to begin migrating to Windows 8 as soon as the OS became available.

Meanwhile, market factors outside Microsoft’s control conspire against the new OS. “PCs are going through a severe slump," says Jay Chou, senior research analyst at research firm IDC, referring to sales in 2012. “The industry had already weathered a rough second quarter, and the third quarter was even worse." Stubborn economic times are a continued drag on the market, and personal computing is evolving from a desktop-only affair into a decidedly on-the-go market.

All this is not to say that Microsoft still doesn’t hold formidable marketplace clout. Even Peddie admits, “If your preference is for Diet Coke and all that's available is lime Kool-Aid, sooner or later you're going to like lime Kool-Aid.”

Adds Galloway of Mid-West CAD: “Touchscreen control is becoming a way of life, and integrating that into your business productivity is a smart business practice. Anytime someone can whip out a text message faster than they could type it on a keyboard, you have to take notice. There will come a point, whether the software is cloud-based or workstation-based, that CAD software will be optimized for touch. It’s certainly a viable option now; however, the buttons and interface [are] now optimized for mouse/keyboard combinations. A touchscreen would need to be sized right to reduce errors in a CAD environment today.”

Robert Green, a CAD management expert and Cadalyst contributing editor, observes that reliance on legacy hardware will stall the CAD industry’s transition to Windows 8. What he does foresee in the near term is adoption of Windows 8–based tablets to support CAD workflows. “Windows 7/8 blended environments will be the norm through 2014,” he believes.

About the Author: Joe Dysart

3 Ways Mid-Size Design Teams Are Driving Better Collaboration: White Paper - Now you can make it quick and simple for all practioners and stakeholders involved in design and engineering to share and find information, conduct collaborative design reviews, and manage contractural exchanges.  Download your eBook here.