An Introduction to the Femap Model Bounding Box

Femap Tips and Tricks: What is the Femap Model Bounding Box, and why is it important?

The Femap Model Bounding Box is a hexahedral cuboid constructed from planes that bound the model in the x, y, and z axes. The longest diagonal of the model bounding box is used to determine certain default values in Femap. 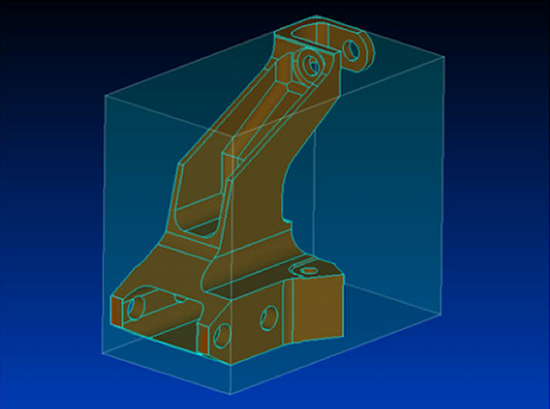 For example, the default tolerance used when merging entities is calculated to be the bounding box diagonal divided by 10,000:

Also, the default maximum deformation is calculated to be the bounding box diagonal multiplied by the applied scale factor and root 3, to average the edge length of the model bounding box:

Watch the video of this Femap tip on YouTube.

About the Author: Alastair Robertson