Femap Tips and Tricks: Verify the correct loading definition in a model by creating an output set and contouring it.

One method of quickly verifying the correct loading definition — particularly for two-dimensional spatial loads such as pressures or temperatures — is to view the load as a contour plot. In a model where you have such a loading definition, you can set the load to be an output vector in a new set, which can then be treated as any output vector and contoured. 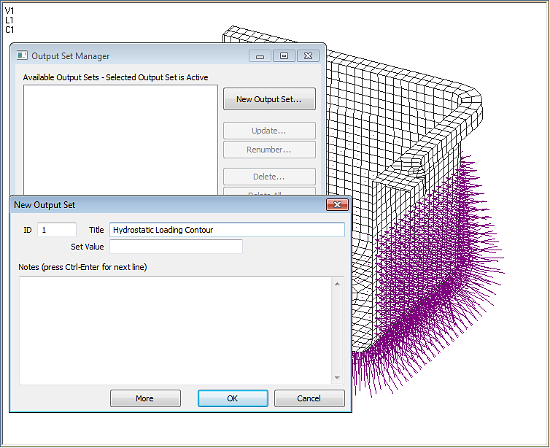 The next step is to populate the set with (in this case) the element pressure load vector by selecting Model > Output > From Load in the menu, selecting Pressures in the Elemental Loads section of the Select Type of Load dialog box, and clicking OK. 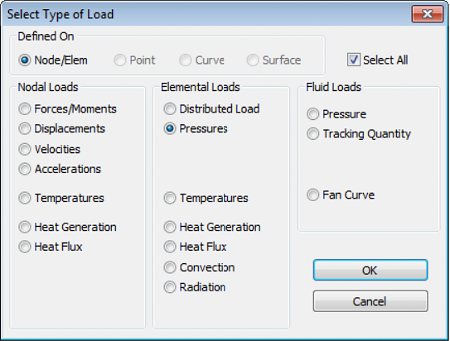 Femap then creates the new output vector of pressure elemental pressure loads in the new output set, which can then be viewed as a contour using the regular postprocessing commands.

Select View Select in the menu and click the Deformed and Contour Data button. In the Output Set section of the Select PostProcessing Data dialog, select the new set and the vector for contouring. 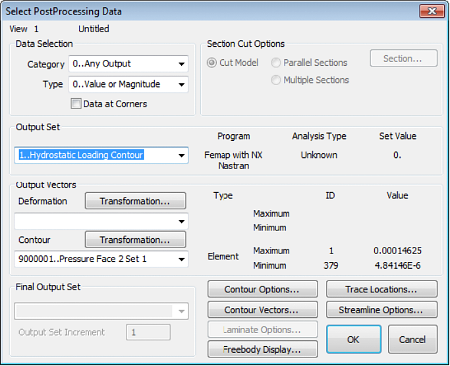 The resulting contour plot for our example is shown below. 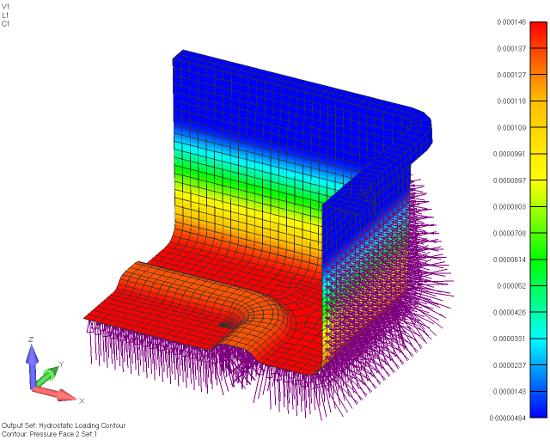 Watch the video of this Femap tip on YouTube.

About the Author: Alastair Robertson